Diverse and highly sophisticated education system is well managed in the American Education System. Study in the USA is the most dream of almost all of the students. This country is thought the place at least to be once to get to know about the highly systematic society. The federal government of the United States has relatively little say in how education is managed and does not govern or provide control over degrees, standards, or curriculum – which is typically the role of the Ministry of Education in other countries Locally elected education entities, typically in the form of governing boards, at the city, state, and institutional level, control issues including the nature of the curriculum, admissions standards, and funding for schools, colleges, and universities. The American higher education system is administratively managed at three levels: primary (generally ages 5–11 or 5–12), secondary (generally ages 12–18), and post-secondary or tertiary (generally ages 18 and up). Students are required to remain in school until the age of 16. Ninety-nine percent of the U.S. population is literate; 85% achieve a secondary school leaving certificate (diploma); and 27% achieve a post-secondary leaving certificate (diploma). In 2009, there were over 77 million students enrolled in some level of education.

Based on the above, in the United States, governance and support of post-secondary educational institutions falls into one of two categories, public (government supported) or private. American colleges and universities are roughly evenly divided between these two types of institutions. Whether a higher education institution is public or private has no relationship to educational quality, although the very most competitive ones tend to be dominated by privates. Whether an institution is public or private, it will set its own admission standards, and prospective students must apply separately for each. For the same reasons, quality assurance for educational institutions is not the role of any branch of government. Rather, it is the responsibility of voluntary non-governmental accrediting agencies.

There are two kids of accreditation – institutional and programmatic. With both kinds, peer review means that standards are set and reviewed by volunteer boards composed of fellow educators and specialists, and not by government officials. Institutions that successfully complete this process at the total institution level gain either regional or national accreditation. In the U.S., “regional” is more prestigious than “national.” Specific programmes, such as business, education, pharmacy, or engineering, have professional associations. These associations have the same kind of peer review process. If an institution completes that process successfully, it earns professional accreditation from the association. In a similar but separate process, core academic programmes, for example, architectural training, are also subject to accreditation.

Having no boundary of opportunities, USA is the first charming destination for the international students. The U.S. has the world’s largest population of international students: nearly 600,000. Since September 11, 2001, the United States has increased security at all of its borders and increased scrutiny for all visa applications to the U.S. Visitors must meet stringent criteria to obtain a visa prior to entering the country, including documenting financial capabilities to support the programme of study entering the country, including documenting financial capabilities to support the programme of study and demonstrating compelling ties to the home country. Visas are issued by the State Department (DoS) at U.S. embassies and consulates. The Department of Homeland Security (DHS) oversees both Immigration and Customs Enforcement (ICE) and Customs and Border Protection (CBP) agencies. CBP inspectors are responsible for admission of travellers to the U.S. at the port of entry, for a specified status and period of time. ICE is responsible for immigration enforcement and matters within the U.S. International students pursuing degree programmes generally need an F-1 (non-immigrant) or student visa. After being accepted to study at an authorised institution, the student will need to apply with the Department of State at an U.S embassy or consulate for an F-1 (student) visa. There are visa fees to be paid, an interview to schedule, and an application to fill out.

The authorised college/university will issue a SEVIS (Student and Exchange Visitor Information System) I-20 form, which will also be needed to apply for the F-1 visa. Those coming for cultural exchanges or those who are financially supported by their home government may qualify for a J1 exchange visitor visa. International students must have insurance to cover accident, illness, medical evacuation, or return of remains in case of death. They must be able to support themselves financially during their stay.

An F1 visa student is permitted to work part-time on-campus (20 hours per week) but not off-campus during the first year of study. After the first year of study, permission to work off-campus may be granted by the school in cases of curricular work requirements (those in co-operative education programmes or with required internships or other work needs necessary for degree completion). The DHS/ICE may grant permission for off-campus employment after the first year in cases of demonstrated economic hardship. F1 students are also eligible for 12 months of optional practical training. Students in science, technology, engineering, or mathematics fields may be eligible for up to 29 months of optional practical training. J1 students are eligible for 18 months of academic training (three years if completing a doctoral degree).

If you want any more information about study in USA, please visit at BEACON office, contact us or email at info@beaconedu.com.np , our related department will reply you as soon as possible.

We have been certified and authorized by many renowned colleges and universities in many countries mainly includes New Zealand, Australia, USA, UK and Canada to provide the necessary information and guide in the admission procedures to the students willing to…

Beacon Premier International Education is the University of the Cambridge Exam Preparation Center NPPC000051 in Pokhara. It delivers IELTS, CAE, KET and Language Classes by years of experienced Trainers.International English Language Testing System (IELTS) is a course managed and conducted… 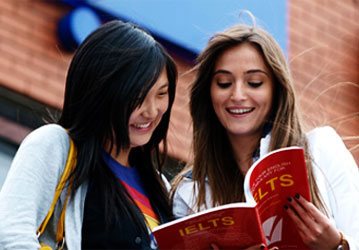 Beacon Premier International Education (BEACON) is a renowned preparation center in Nepal. IELTS stands for International English Language Testing System is an English language course which is managed and conducted jointly by British Council, IDP: Australia and the University of… 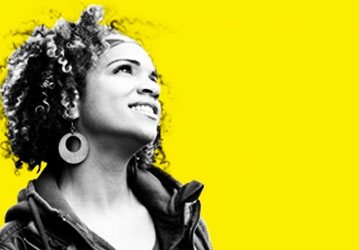 TOEFL stands for Test of English as a Foreign Language. It measures the ability of non-native speakers of English to students utilise their skills of listening, reading, speaking and writing and is one of the most widely respected and recognised… 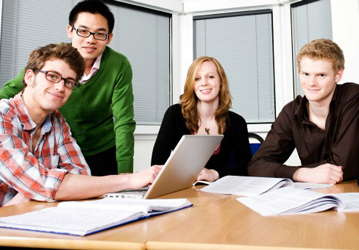 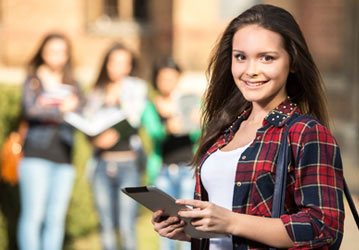 SAT stands for Scholastic Aptitude Test. It is a standardized test with a pre-defined syllabus that is designed to test critical thinking skills, as well as the ability to analyze and solve problems in math, critical reading, and writing. The… 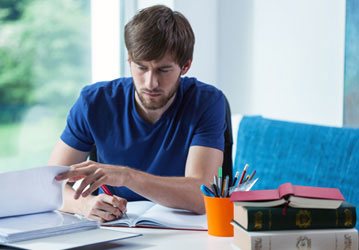 GRE stands for Graduate Record Examinations. It is a standardised aptitude exam with a pre-defined syllabus. It is one of the most widely accepted admissions tests for graduate and business school programs, and is used for admissions decisions for MBA,… 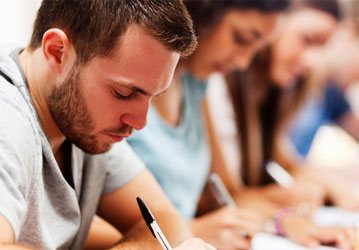 GMAT stands for Graduate Management Admission Test. It is a standardized aptitude test with a pre-defined syllabus and is required for admission to many of the world’s leading Business Schools. The GMAT score is generally accepted as one of the…
membership and certifications: